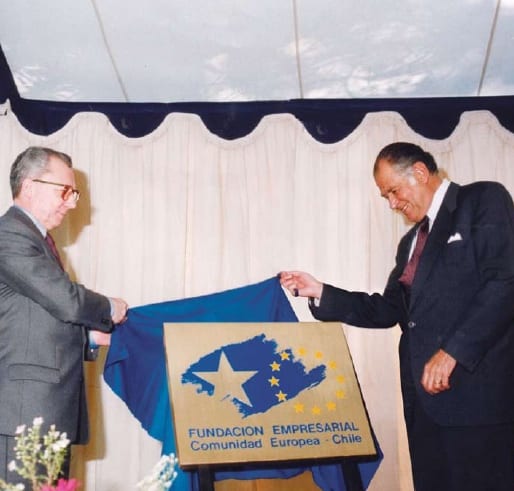 Created by a law of the Republic which gave the foundation its action lines and permanente benefits, Eurochile Business Foundation is a pioneering initiative of the European Community and the State of Chile. Eurochile officially started on 12 March 1993, with a ceremony during which the then-Presidents Patricio Aylwin of Chile and Jacques Delors of the European Commission signed a mutual cooperation and joint work agreement to benefit SMEs.

The foundation is meant to serve as a bridge between Chile and the member countries of the European Union; a bridge for entrepreneurship, technology partnerships and good practice exchange. The concept of mutual benefit is nowadays a key concept in the relations between the European Union and Latin America.

To fulfill this role as a connecting bridge, Eurochile has developed multiple platforms, has provided dozens of cooperation agreements, and has joined powerful European and Latin American programs and networks. Projects are currently put into practice based on the following action lines: Business Cooperation, Technology Transfer and Regional Development, taken full advantage of the opportunities to open dialogue and collaboration with entrepreneurs, local authorities and european institutions.