During his presentation- at the Circular Economy Conference held in Concepción- the Minister of Environment and Climate of the Regional Government of Lombardy shared the experience of that Italian region that today recycles and recovers 90% of its waste. 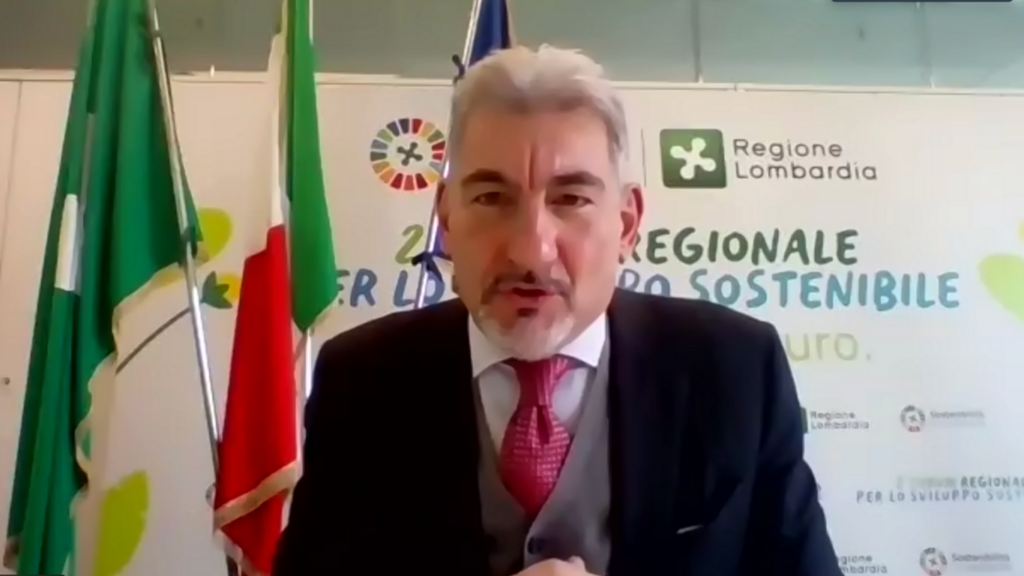 The reasons that have led the Lombardy region to lead the implementation of a sustainable development model in its country and in Europe were part of what was stated by the Minister of Environment and Climate, Raffaele Cattaneo, at the conference: A Sustainable and Circular Industry for the Biobío Region; organized by Eurochile and the regional government on January 20 at the Corporación Desarrolla Biobío.

This region has 16% of the Italian population – around 10 million inhabitants – and contributes 21% of the Italian GDP, generating approximately five million urban waste per year and 32 million from productive activities; but the region recycles and recovers more than 90%.

These figures position the region as one of the most successful in the implementation of the circular economy, because “we have been the leader in traditional industrial development, but as a regional government we have decided that now we must become the leading region in the sustainable development model, where sustainability is not only an environmental issue but mainly an economic and social development model”.

Cattaneo said that “this cannot be done only from the institutional political perspective, but we need to involve the companies and their unions; in addition to the cooperation of citizens and a clear vision of the importance of the circular economy”. And in this context, he said that his first initiative was the formation of the Observatory on ‘Towards the circular economy and energy transition, of which more than 50 organizations are part, divided into eight thematic panels. These are organizations of agriculture, industry, commerce, services, workers, consumers, universities and research centers.

Creation of the Market Inerti platform

Within the experience of Lombardy, Cattaneo said that “we saw that a large part of the waste from the construction and demolition was being recovered, but there was no market that would allow its effective reuse. We asked the companies what they needed and they told us that they needed to know the characteristics of these materials, where, how to use them and how much is available”

In this context, they jointly built the Market Inerti computer platform, an effective meeting point between supply and demand, which has allowed significant growth in the actual use of recovered waste, where less than 1% reaches landfills.

“In the last 25 years we have gone from less than 20% to more than 70% of this collection” he details, resulting in 62% of waste beginning its path of reuse as material and 27.5% of urban waste are used for energy recovery. Regarding waste from productive activities, he indicates that the percentage of recovery as material is 81%.

“This means that in our region the base of the circular economy is already a reality, but that it would not have been possible without the existence of an industrial system that has invested in waste recovery plants, and that they can be opportunities for economic development. ” Explain.

The importance of local governments

In his presentation, Cattaneo argued that “local governments have a fundamental role in the fight against climate change, because policies against climate change and ecological and energy transition are “glocal” policies: they need a global perspective – such as the 2030 Agenda. – and local actions, which is where they are implemented and without them the global objectives of the United Nations cannot be achieved”

The United Nations maintains that between 70% and 80% of the actions against climate change must be faced at the local level. “That is why the role of the regions and municipalities is so vital and, in this sense, it is important to share experiences and cooperate, as we hope to do together with the regional government of Biobío.”