High-level authorities and experts met this week at the “Circular Economy Conference” organised by the Foundation, Enterprise Europe Network and Corfo. With the key role that this global trend will play in the post-pandemic recovery and in facing climate change, its potential in the different productive sectors was discussed; also different tools, technologies and programs were evaluated which makes its adoption viable by the companies. “In the world and in Chile this process has begun, but it is necessary to accelerate it,” said the president of Eurochile, Vicente Caruz. 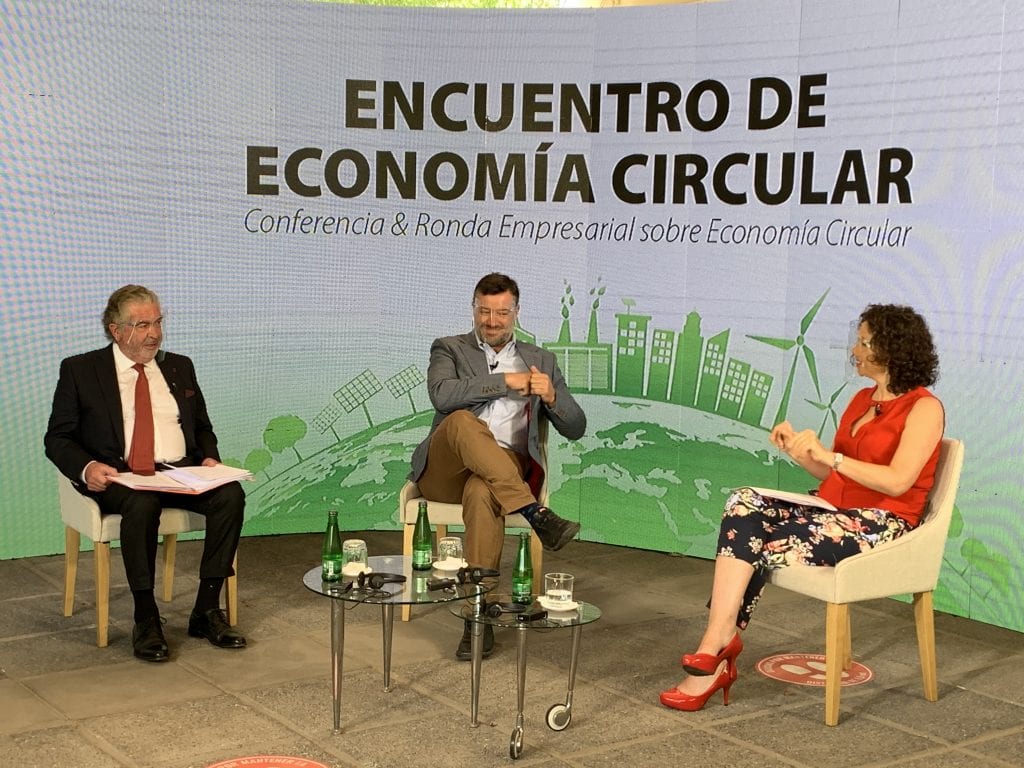 As in Madrid at the end of last year, within the framework of COP25, the Eurochile Business Foundation gathered this week the main experts from Chile and Europe to analyse the advances that are being made in the circular economy, a global trend that today it appears as one of the main responses to the social and economic crisis caused by the Covid-19 pandemic and the climate crisis.

This time in a virtual way and through dynamic digital platforms that brought together exhibitors from all over the world, the “Circular Economy Conference” held between December 9 and 11, brought together authorities from Chile and the European Commission, experts from organizations such as the Ellen MacArthur Foundation, Circular Change, Dr2 New Economy, FiBL, SEGITTUR, the academy and representatives of companies that lead the implementation of this trend at a global and national level.

“This diverse, prestigious and important participation is a very good indication that we will approach the circular economy in all its complexity and diversity, in a complete, comprehensive and professionally serious way. This is a good example of integration, collaboration and solidarity”, highlighted the president of Eurochile, Vicente Caruz, in his opening speech on behalf of the Foundation.

With an audience of almost 300 virtual assistants from countries such as Belgium, Spain, Finland, the United Kingdom, Slovenia, Portugal and almost all of South America and Mexico, Vicente Caruz stressed that in the face of the confinement of millions of people in the world and the social and economic crisis that it entails, today the debate on new forms of social organisation, living together, new ways of inhabiting the world and dealing with its balances has accelerated.

“The circular economy – affirmed the president of Eurochile – has a fundamental place in this discussion, especially due to the urgent need to get out of the crisis with a sustainable adaptation. The circular economy implies that companies, with creativity, innovation and intensive use of technology, redesign and adapt their production and service processes to reduce the use of virgin raw materials that are increasingly scarce every day. In the world and in Chile this process has also begun, but it is necessary to accelerate it”.

A vision that was reinforced by Kestutis Sadauskas, director of the Green Growth and Circular Economy of the Directorate- General for Environment of the European Commission, with whom “we have a long and fruitful relationship, they have been leaders in introducing the subject of the circular economy in Chile”, Caruz recalled.

Sadauskas started by highlighting the importance of the discussion generated in the conference, “similar to the one we have in all of Europe, it is very good to see that we are on the same line and that we are thinking the same on the other side of the world, and that we can connect despite to the problems we are currently facing”.

The Covid pandemic, he said, exposed the fragility of our current economic model and has affected key supply chains. The transition to the circular economy is a safe bet to decrease dependence on external inputs and make better use of national resources, this in a scenario with multiple interconnected challenges, such as the climate crisis, pollution and the loss of biodiversity.

In this context, he affirmed, the need for an economic recovery and the transition to a circular economy go hand in hand. “There can be no economic recovery and stability if we don’t leave the linear economy model. In Europe, we have adopted the Green Deal as our growth strategy, which will also be the key to achieving a green recovery after the crisis. The Green Deal has made sustainable growth a political priority“, he said. 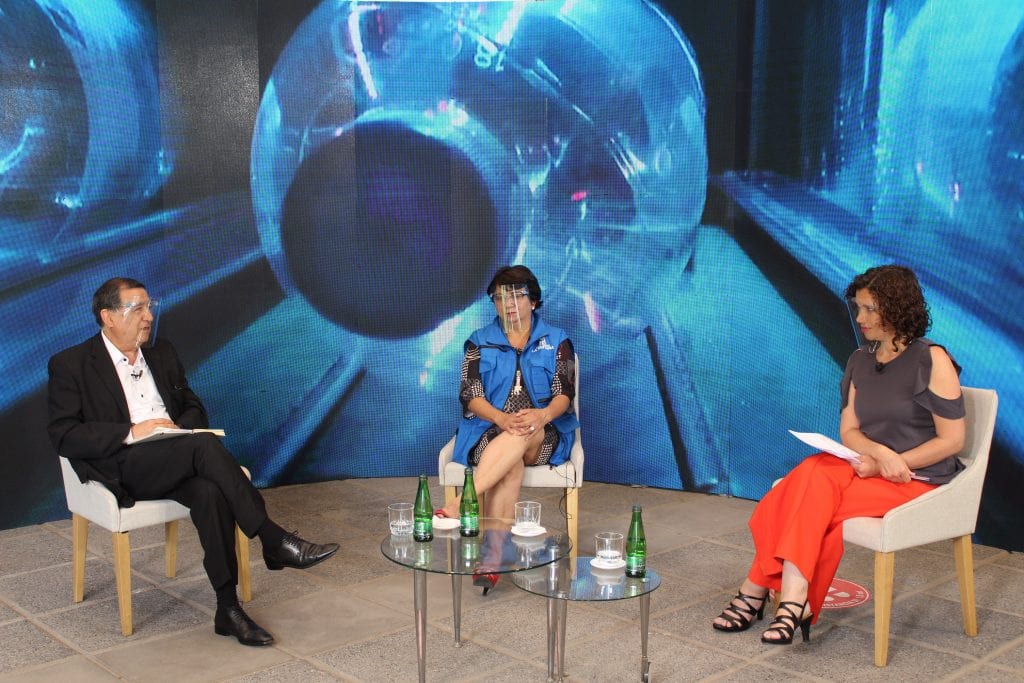 And one of Europe’s goals in this matter, he added, is to also support the global transition. “The European Commission is launching an initiative for a global alliance for the circular economy, to identify some gaps and work in partnership with other countries. Chile was part of one of the first outreach programs of this alliance, and we appreciate that very much because countries with a similar outlook will benefit from this”.

With regard to this, Kestutis Sadauskas highlighted the country’s support for the European effort to promote the circular approach, recalling that “Chile was the first country to receive a European mission in circular economy in April 2016. Since then our efforts in this matter have increased (…) We believe that together we can advance in this regard; and by investing now in the circular economy we can prepare the path to accelerate the transition to gain new markets, because we know that in this particular case those who advance first will be those who will have the advantage”.

Among the main speakers of the opening day was also the president of BancoEstado, Sebastián Sichel, who pointed out that today, as a society, we are experiencing four joint changes that are changing society: the aging of the population, a society that aspires to participate more in decision-making, a technological change that includes greater access to information and technologies, and a climate change that -among other impacts- is affecting the way of producing.

“The circular economy,” Sichel said, “makes it possible for the fourth industrial revolution, which involves these four changes, to become more viable for a developing economy like Chile’s. First, because Chile is an exporter of natural resources, and therefore the availability of these in the future will be a determining factor in the country’s economic success or failure. Second, because most of the productive activity occurs in the regions, and therefore an important part of it will be determined by the sustainability of the business at the local level. And third, because almost 70% of employment in our country is created by micro and small companies and the way they produce will be a determining factor in their future success”.

For this reason, he stated, the circular economy is not only an ecological concept, but is related to the strategies adopted by the country to face this wave of changes. And in this, the role of financial institutions, even more so if it is public like BancoEstado, is to set aside neutrality and choose to provide financial support to those companies in which the sustainability of the business is not seen only by cash flows, but also because of how it contributes to this logic of facing these new challenges in a better way. “That non-neutrality is the concept behind the struggle for circularity,” he said.

“Our challenge as a public bank is to put the incentives to steer the curve towards circularity, and because we effectively believe that it is competitive, that it is an economic reflection and not just a political one. Those companies whose environmental traceability in the medium term is more successful will be more competitive,” said Sichel.

The first two days of the “Circular Economy Conference” organised by Eurochile were focused on analysing the circular economy as a tool to mitigate climate change and its contribution to the economy, society and the environment, as well as discussing its potential in the different productive sectors of the country and in evaluating the tools, technologies and programs that make their adoption by companies viable.

Three workshops were also held to analyse practical aspects of the circular economy: introduction to eco-design, the importance which is fundamental for the implementation of this trend since 80% of the environmental impacts of a product are defined in the design stage; generation of networks for the circular economy, having as focus that the circular economy is collaborative or not; and new business models and circular strategies in tourism, a path that may be key for one of the sectors hardest hit by the Covid-19 crisis.

Today, there will be a Brokerage Event with more than 170 registered from countries such as Uruguay, United Kingdom, Portugal, Spain, Chile, Peru, Mexico, Italy, Argentina, Finland, France and Germany, among others.