Circular Economy Meeting in Puerto Montt: regional and international experts addressed the possibilities and challenges to implement the bioeconomy in the Los Lagos region

In the event, organized by Eurochile and the Regional Government of Los Lagos, they analyzed the similarities between Ireland and the region in terms of the development of the agricultural and dairy industry. 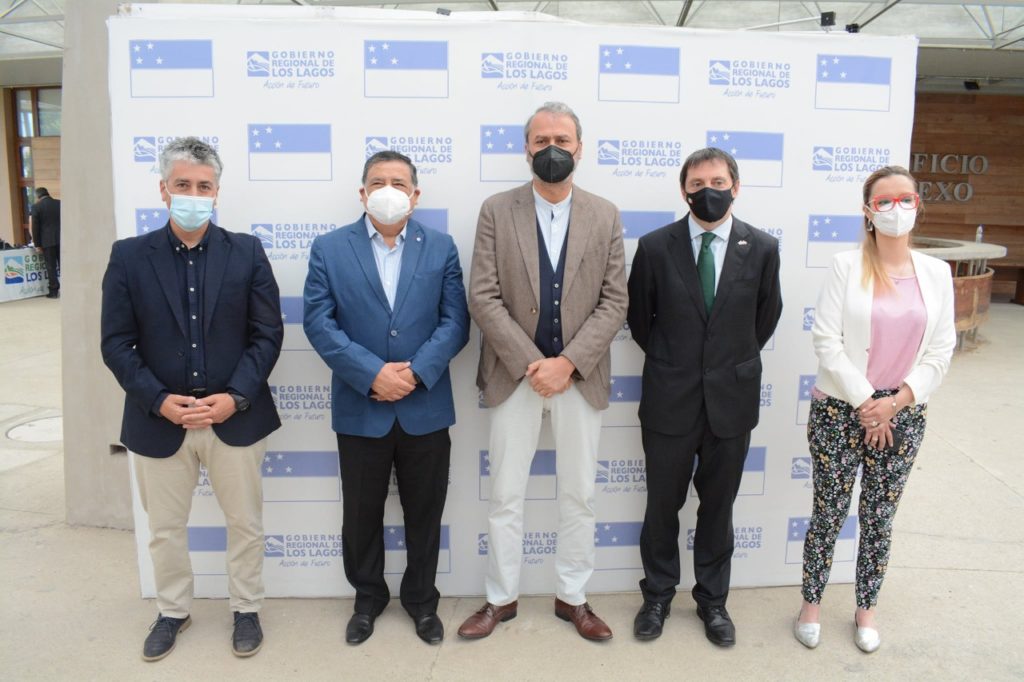 With the aim of addressing European advances in strategy and sustainable growth and the alternatives that exist in the region for its development, the Eurochile Business Foundation and the Regional Government of Los Lagos, with the sponsorship of the European Commission, carried January 28, the Circular Economy Conference, The Bioeconomy: a green and circular growth strategy for the Los Lagos Region.

The activity carried out with an audience of more than 100 virtual attendees and 79 with- in person participants, included a presentation by the Irish ambassador to Chile, Paul Gleeson; in addition, the event counted with the presence of the governor of the region, Patricio Vallespín; the manager of the Association of Agricultural Entrepreneurs of Llanquihue, Rodrigo Mardones; the regional director of Corfo, Rodrigo Carrasco, Alejandro Buchman from the i-mar center of the University of Concepción and the executive director of Red Pyme Mujer, Bárbara Baxa; among others. Also, different authorities from the region attended: the Mayor of Chaitén, Pedro Rony Vásquez Celedon; the Mayor of Puerto Octay, Gerardo Gunkel Arriagada; the Mayor of Puerto Varas, Tomás Garate Silva and the Councilor for Chaitén, Bernardo Riquelme Muñoz.

During the presentation, Ireland’s ambassador, Paul Gleeson, pointed out the similarities that exist between the two countries, “sharing the role of agriculture for our economies and the way in which these paths of agricultural development intersect. We have significant Irish investment in the production and export of fruit and vegetables, we have also seen the arrival of Irish agro-technology companies, for example in the planting of corn, allowing farmers greater and better production; and in the bovine industry, offering consulting services for a better profitability of cattle and dairy products”.

Ireland is a leader in implementing the bioeconomy in agriculture and the dairy industry. This includes areas such as animal management, land management, maintaining profitability and improving traceability. “The bioeconomy includes all our terrestrial and marine ecosystems: agriculture, forestry, fisheries and aquaculture, and the industrial sectors that process biological resources. The sustainability of those processes is made possible by circularity, and we estimate that with these approaches, for example, emissions from animals and their manure can be halved by 2025, and that total emissions from farms, by more than 80%” said the ambassador.

The manager of the Association of Agricultural Entrepreneurs of Llanquihue, Rodrigo Mardones, pointed out that “the knowledge and understanding that we have had about the impact of agriculture and the moral obligation to do something about it is important,” and In this context, he explained that “today we have technology that can reduce methane emissions from livestock. Chile and Brazil have recently authorized the marketing of additives that allow these emissions from cattle to be rapidly reduced. Regionally, we are carrying out studies with some universities to advance precisely in this line with the use of algae”.

At the event, the president of Eurochile, Vicente Caruz,  stressed that “this meeting is one more step in our task of massifying the importance of the circular economy for sustainable development”; and for this, he affirmed that local governments have a fundamental role because “without decentralization, without regional and local actions, without inclusive and massive participation, it will not be possible to meet national and international environmental and climate objectives. The functioning of the regional governments, added to the leadership of the governors, is an important step to advance towards the implementation of measures and policies that promote this sustainable development”.

In turn, the governor of the Los Lagos region, Patricio Vallespín, indicated that “the circular economy and the bioeconomy is no longer a challenge for the future, but a requirement of the present, where from the government and the regional council we are building new views because if we don’t make a qualitative leap in this matter, this development won’t work”. In this sense, he explained that “we have already defined the Innovation Committee of our region, with representatives of the universities from the region; and with recently approved resources for the Los Lagos and Los Ríos regions to build an innovation strategy. And we will also become the only region in the country that undertakes a pact for a sustainable and inclusive region, with challenges and commitments from the productive sectors, where the circular economy will be an important part.”

For more information about the Circular Economy Meetings write to economiacircular@eurochile.cl